OK guys, I decided to post here my Steam-Bot ^^

This is a robot, this is steampunk, this is base game and this is totally playable as a normal sim!

This is Steam-Bot!! He comes directly from the Steampunk age to make your neighbourhood be full of rusty tin and inimaginable inventions. 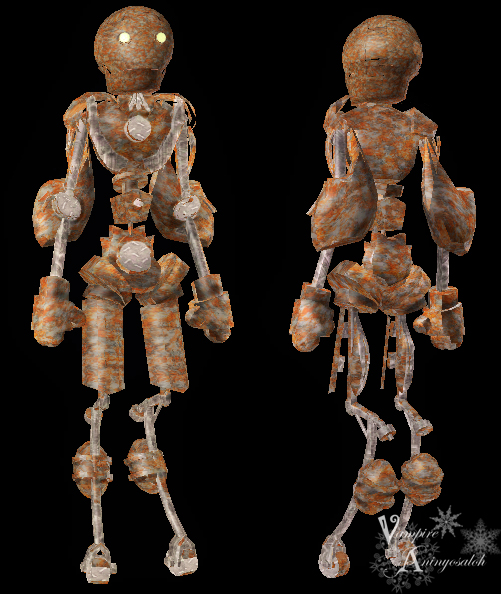 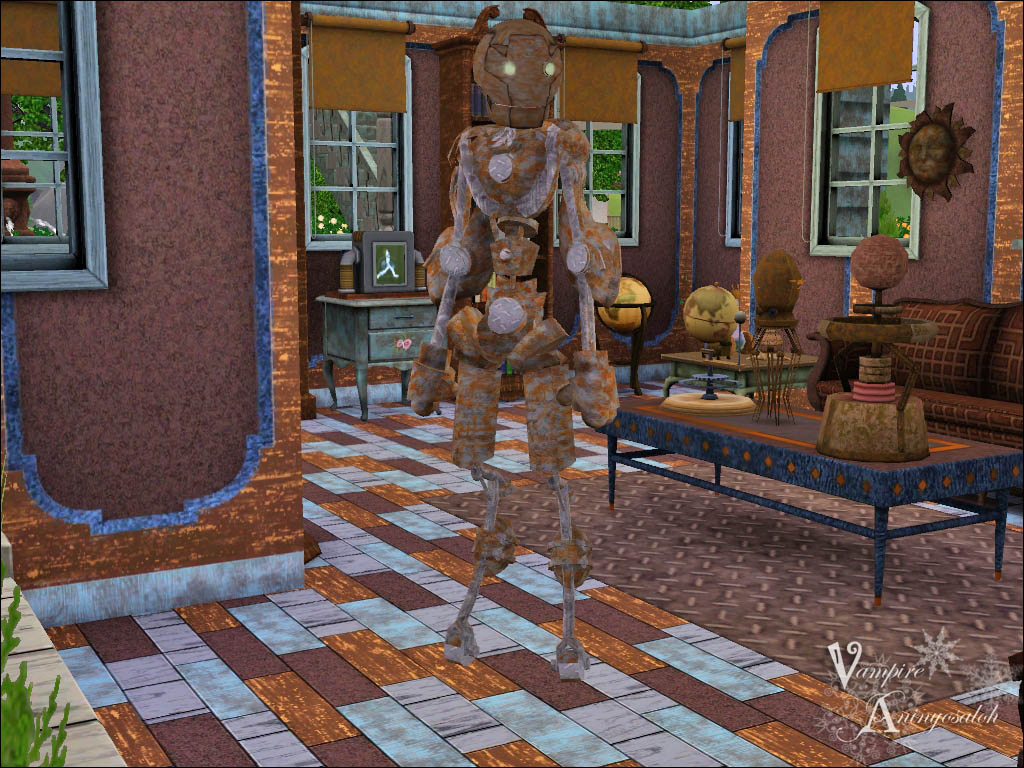 ATTENTION! This is NOT a simbot. It's a fully playable normal sim, base game compatible.

He is found in the male young adult category, but he can be both male and female and from teen to elder.

The head is found in the "glasses and other accesories" area, the body in the full body clothing and the null feet in the feet area.

The recolorable channels are shown in the funky colors picture of the bottom.

Favourites: Food: Ratatouille, Music: Classical (remember where he comes from

), Color: Spice Brown (but I prefer to call it Rusty Brown

It's completelly made by me as a new mesh from nothing, so I hope you like it ^^ 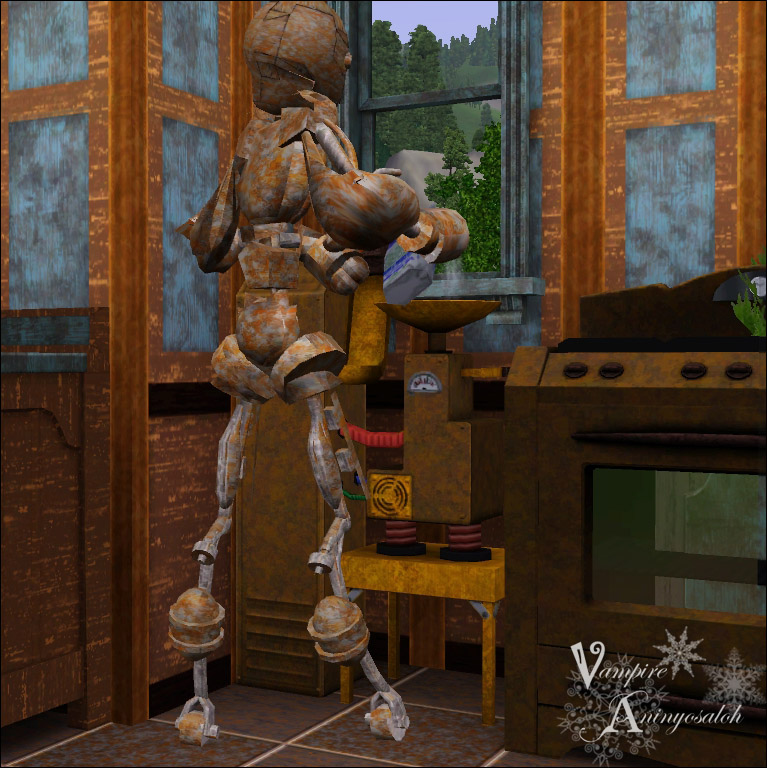 All the pictures are taken in my "Utopia" lot

aninyosaloh
The Shadow In The Night

Oh, it was gorgeousness and gorgeousity made flesh

Omg, that's so cool! I love these sorts of things, they're so creative and unique!

And I do spy with by human eyes a Fruits Basket icon? I never knew you read manga. XD

Actually you did know, but maybe you don't remember ;D

Yeah, I have 10 of the Fruits Baskets books (my fave character is Hanajima, as you may see by my avi

), I've read the whole Chobits manga, and I've watched the whole Death Note, Rozen Maiden and Vampire Knight animes, and half of the Hetalia one

And thank you guys ^^

aninyosaloh
The Shadow In The Night

Oh, it was gorgeousness and gorgeousity made flesh

I love this! My inventor built a simbot, who he is very proud of. (Despite the fact that I really should rename him Bender. He's a klepto and a mooch, who stole a junkpile from the junkyard while he was supposed to be gathering scrap.) His family likes him but everybody is getting tired of seeing the entire town freak out every time he tries to start a conversation. I can see my inventor wanting his metallic son to have a friend.

Now I just need to wait for that kid from the future to grow up and get out of there, so the lot won't be so crowded....